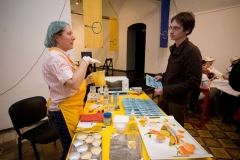 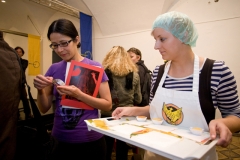 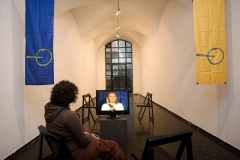 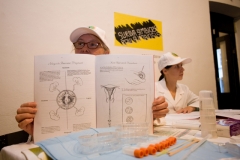 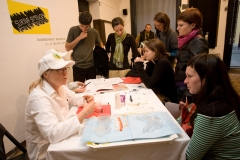 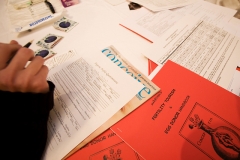 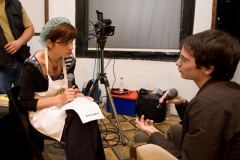 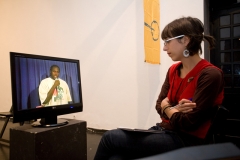 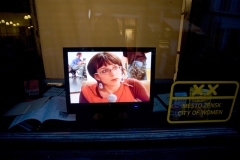 Originally staged inside the student center of a large public university, U-Gen-A-Chix engaged students directly in critical conversations about eugenics as it relates to contemporary genetic engineering of humans, animals, and plants. Tandem performance booths were set up in a high-traffic area: one dispensing information on human egg donation and Assisted Reproductive Technologies, and the other offering taste tests of chicken-flavored GMO biscuits. After taste-testing the biscuit, students gave live video interviews about their willingness to eat genetically engineered foods if they enhanced energy performance during exams, and offered their opinions about the widespread use of GMOs, and related biological and social eugenic tendencies. (Note: This performance has been re-staged under several different titles, with variations in the set-up, emphasis, and audience participation in each case).

Download the Cultures of Eugenics booklet from our refugia web space.

The earliest version of this performance—“US Grade AAA Premium Eggs,” Bowling Green State University, Ohio, April, 2002—did not include the biscuit-tasting activity, but it did feature its own web site.